We moved into Finca Naundrup in 2009, at that time it was called "Bergparken". When we came, it had been empty for more than a year, everything had been vandalized, emptied and broken. The Finca has a long history housing different kind of business, but never really anything with success. It started out as a beautiful horse ranch, with an amusement park, called Valley Park. In 2000 it was rebuilt into a holiday resort. This didn’t work out at the time, and it was rented out to a school. After a few years, the school ended up as a scam and the place was suddenly empty. It took us 3 years and a lot of hard work, to get the place back into a decent state, so we could start renting out for holiday guests and arranging sports camps. The camps quickly became a success and the business was growing fast. During the ears 2013-2016 we were doing everything ourselves, cleaning, cooking, gardening and developing the business. These where hard years, but it finally paid off in October 2016 we got our first investor. This gave us a change to refurbish all apartments, build a football pitch and start hiring staff to help us out. We could then concentrate more on developing the business and in 2017 we doubled our turnover. Today we have a Finca, which we are very proud of, we are hosting camps all year long and together with our 8 staff members, we are welcoming more than 2000 people every year. Hope to see you soon! Peter & Jane Naundrup

As a team, we do our best to provide you the best possible experience. 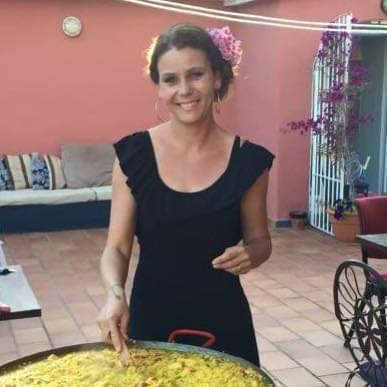 Jane alias "Mamma Mango" is in charge of the daily operation of Finca Naundrup. She is also the one behind the recipes of the healthy food being served every day. 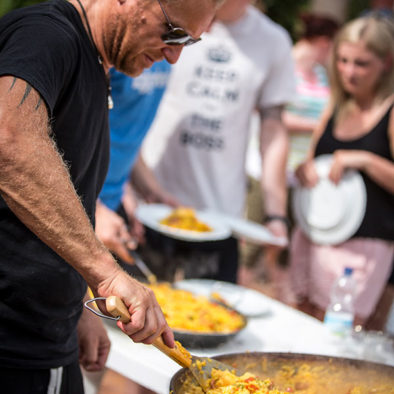 Peter is the perfect host. He is also in charge of sales, hence our great succes. Peter is always ready to tell a good story. And he does make a very tasty Paella. 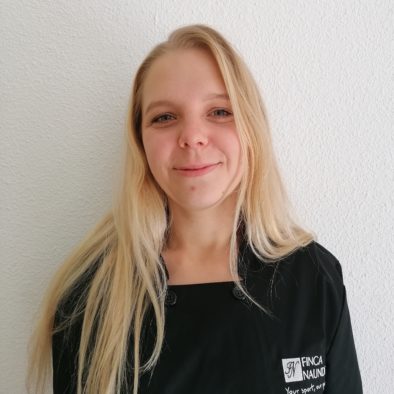 Jessica has been at Finca Naundrup since 2015, she was the first employee we got. She is the most responsible young woman, always ready to help any guests. 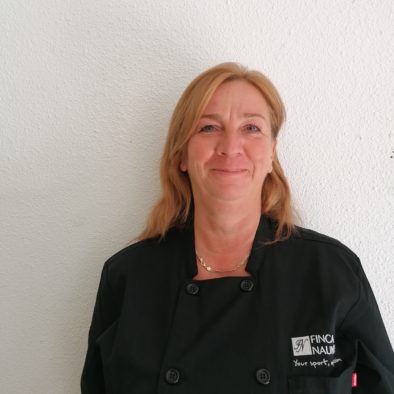 Ewa has been with us since 2017. She is a fantastic cook and very good at flavours. Ewa comes to work every day with a positive mind and with a big smile. 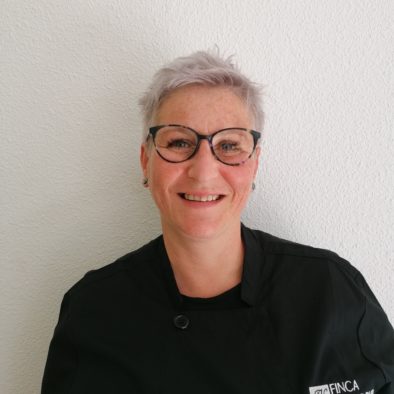 Iwona has only been with us since 2019. She is a very hard worker, running arround to get things done. Iwona is still learning english, but askher something and you will be met with a smile and a helpful mind. 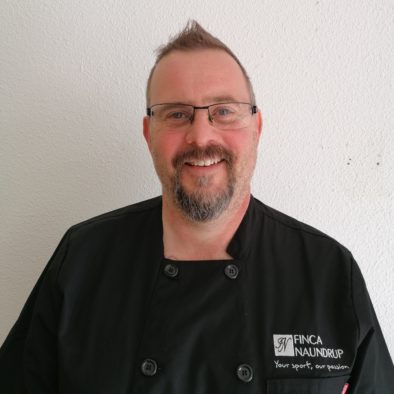 Darren started at Finca Naundrup in 2017.Darren loves to chat to our guests, especially if you are into football - Or food:-) Always good for a story! 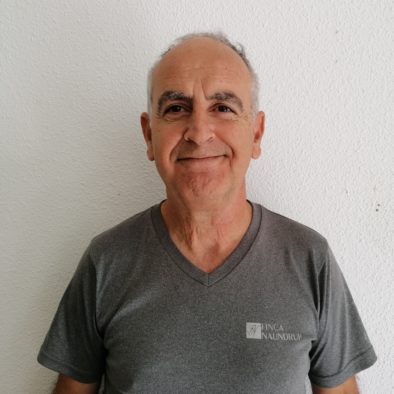 Victor is our fixer upper; he makes sure the pool area is ready for you in the morning and that our charming old house is functional. If you are looking for Victor, just follow the music playing in his pocket.
Super cool place if you are into sport, sun and healthy food. The staff is just outstanding!